This game has been created for The Brackeys  Game Jam 2020.2

Don't forget to rate the game, leave some feedback on what we did wrong or good and check out our other projects on:

Nice puzzle game with mechanics I haven't seen before.  Took me a second to figure out how it works, but it wasn't too hard.  The spacebar isn't really a "rewind" button since it goes both ways, but I don't know what I would call it... "Spacebar to switch with your other self"?  Also, things happen kind of quickly each turn and when I died I wasn't always sure what killed me.

The rewind was actually supposed to teleport you to the point, and the point wouldn't modify its position, but we used this mechanic instead because it made up to more and easier to create levels (since we had only 1 day left to create and introduce the levels).

And for the bullets that moved too fast, and killed you when they shouldn't, it was a bug (not really a bug, but a miscalculation from my part). Sadly I lost the project a few days after we submitted the game due to a files corruption.

Oh, sorry to hear about losing the project!  That must be frustrating. 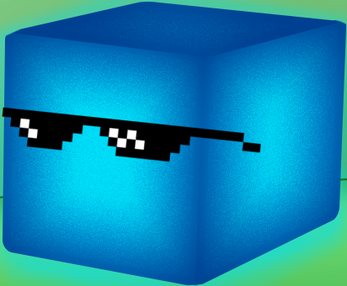